My first contacts with opera were with the standard repertoire of opera ariasŚthings like Celeste Aida, the Sextet from Lucia di Lammermoor (I remember the Three Stooges perform it with Curly dressed as a woman with thick glasses), 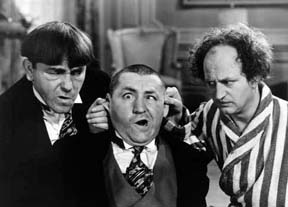